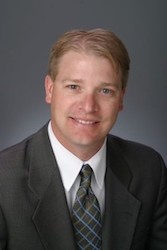 "Through collaboration with an upstream customer we've established a strong performance benchmark for AOT on oil sands products, achieving results on par with laboratory testing conducted at Temple University by Dr. Rongjia Tao, a leading researcher in the development of technologies based on the use of electrorheological principles," commented Greggory M. Bigger, QS Energy Chief Executive Officer and Chairman. "In the lab, we have routinely attained viscosity reduction of similar degree on super heavy, heavy, and ultra-light crude oils ranging from 15% to more than 40%. Though we are restricted from disclosing specific details of this in-field test, we can report that they correlated well with laboratory results and full-scale testing performed on closed-loop and commercial pipelines."

Developed in collaboration with crude oil producers and transporters to optimize the performance of the global pipeline infrastructure, AOT was originally field tested on a closed-loop pipeline by the U.S. Department of Energy at the Rocky Mountain Oilfield Testing Center during which viscosity reductions greater than 56% on a medium crude oil product were recorded. A more recent commercial deployment of a four-vessel AOT Midstream system on a high-volume, mid-continent pipeline achieved viscosity reductions better than 20% on heavy crude oils, results that were independently verified by third parties.

"This month's successful benchmark test on diluted crude oil from oil sands sources demonstrates strong potential for reducing operational overhead costs for our customers and helping them meet CO2 and methane reduction goals which is particularly relevant with the availability of tax credits, rebates, and other financial incentives through carbon levy and carbon pricing programs," Mr. Bigger stated. "Because AOT is designed specifically to increase pipeline efficiency and throughput and reduce reliance on diluent and other additives, it can deliver substantial savings by lessening the degree by which these thinning agents displace feedstock and take up valuable pipeline capacity. This factor alone can drive tens of thousands of dollars a day to the bottom line of producers when AOT is in use on a high-volume pipeline transporting 100,000 to 200,000 barrels per day."

Mr. Bigger added that with the introduction of Alberta's Carbon Levy on January 1st of this year, the retrofitting of AOT for use in treating Alberta oil sands could not be more timely.

"By improving flow, countering pipeline pressure drop, and increasing pipeline capacity, AOT can potentially lower pump station power consumption and thereby reduce greenhouse gas (GHG) emissions," he stated. "Based on the support of Alberta's Climate Leadership Plan by the largest producers active in the oil sands, we agree that revenue generated from market-driven carbon pricing programs will encourage the development and use of GHG-reducing technologies and position Alberta as a recognized global leader in the application of clean technologies in the oil and gas industry."

Home to the third largest oil sands deposits in the world, the Province of Alberta and the companies active in the region have made finding solutions to improve the flow of the thick, asphalt-like bitumen a central focus of research and ongoing capitalization. Despite a reduction in new projects following a drop in spot prices in 2014, oil sands output is still projected to reach 3,000,000 barrels per day by 2020. The growing use of new extraction and processing technologies also hold the potential for bitumen production to become profitable at the current oil benchmark prices of $50 USD per barrel, according to a report issued last month by CIBC World Markets, the research arm of the Canadian Imperial Bank of Commerce.

Covering an area of roughly 54,800 square miles in northern Alberta, the Athabasca, Peace River, and Cold Lake oil sands deposits contain an estimated 315 billion barrels of recoverable oil, approximately 80% of which is extracted through drilling and other forms of in-situ production. The bulk of the bitumen and dilbit produced in the region and diluent used as a thinner are primarily transported by the Cold Lake, Corridor and Polaris pipeline systems. With AOT's efficacy now tested on a variety of oil sands samples, its ability to significantly reduce the viscosity of bitumen and its derivatives could help maximize the intended benefits of carbon-pricing within the Alberta energy sector which contributes in excess of $50 billion annually to Canada's gross domestic product of $1.5 trillion

About AOT (Applied Oil Technology)
Developed in partnership with scientists at Temple University in Philadelphia, AOT (Applied Oil Technology) is the energy industry's first crude oil pipeline flow improvement solution using an electrical charge to coalesce microscopic particles native to unrefined oil, thereby reducing viscosity. Over the past four years AOT has been rigorously prepared for commercial use with the collaboration of over 30 engineering teams at 19 independent oil production and transportation entities interested in harnessing its demonstrated efficacy to increase pipeline performance and flow, drive up committed and uncommitted toll rates for pipeline operators, and reduce pipeline operating costs. Although AOT originally attracted the attention of pipeline operators motivated to improving their takeaway capacity during an historic surge in upstream output resulting from enhanced oil recovery techniques, the technology now represents what we believe to be the premiere solution for improving the profit margins of producers and transporters during today's economically challenging period of low spot prices and supply surplus.