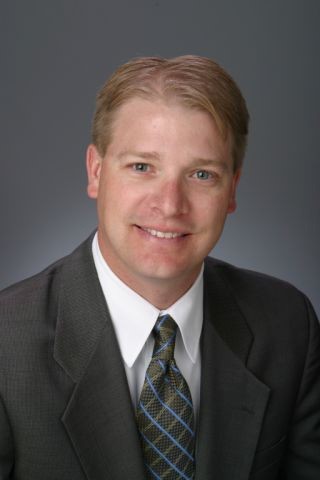 As we enter the final quarter of what has been a year of re-alignment for the global energy sector, I'd like to provide an update on how our business strategies have evolved to capitalize on this unique period of transformation and opportunity.

It gives me great pleasure to confirm that we are engaged in AOT provisioning discussions under Non-Disclosure Agreements with multiple crude oil producers and pipeline operators here in the U.S., Canada, and the Middle East. Thanks to the tireless efforts of our project manager John Valenti, QS Energy has expanded our engineering capabilities in response to requests for detailed technical AOT deployment proposals and to meet the growing scope of potential applications for our technology.

From the onset of the value engineering of AOT and continuing today in our ongoing design process to further optimize its performance, along with myself and our engineering team, John is currently managing our collaboration with Temple University, our supply chain system fabricators, and current industry partners in North America and the Middle East. I can state without hesitation that there is no one else as exceptionally qualified as John to manage these complex and intensely detail-oriented projects and for that reason he continues to have the fullest confidence of the Board and myself.

Although the AOT technology is now nearly fully engineered and it has become less important to staff engineering support internally, we continue to benefit greatly from these in-house resources and industry partnerships. Based on what we are currently working on with industry partners, both domestic and international, I've never been more optimistic about our technology, our industry, and our relationship with Temple University and the interrelated role they are playing in the commercialization of the AOT system.

We're especially appreciative of the outstanding laboratory testing and R&D capabilities of Temple University's Department of Physics and Dr. Tao's team. Since my tenure as Chief Executive Officer began, our focus on intensely managing expenses while maximizing the fiscal and human capital resources available to us has been integral to positioning our solutions for today's new energy industry landscape and will continue to be central to QS Energy's path forward in developing and commercializing the AOT system. The present supply chain can handle 20 unit orders at a time, however additional facilities are available for larger orders.

As you are aware, in the first quarter of this year the Company embarked on an acquisitions strategy targeting undervalued assets. Over the past six months we have issued four Letters of Intent to a select group of crude oil and natural gas producers that met our stringent criteria. One of these letters was issued to the U.S. Federal Bankruptcy Court in Houston. While QS Energy is not abandoning this strategy, we are paying very close attention to crude oil pricing to gauge the most opportune time when conditions are optimally favorable to exercise a buy-side acquisition of cash flow positive entities.

It goes without saying that few industries are as prone to the "boom and bust" cycle of expansion and contraction as the oil and gas industry. Not unexpectedly, following the steep drop in oil spot prices in Q4 of 2014 the industry has been forced to recalibrate. Currently domestic and foreign markets appear to be slowly emerging from the price trough which triggered a widespread retrenchment and consolidation. While the U.S. rig count is gradually recovering, the tens of thousands of jobs lost will only return when spot prices recover more fully.

However, as we've documented previously, our experience has been that interest in AOT continues to grow as a result of this down cycle as producers and transporters adjust their operations to trim costs, remain solvent and survive until prices inevitably recover. By offering laboratory viscosity reduction tests of crude oil samples supplied by prospective customers, we've uniformly been able to predict efficiencies that can be gained in their pipeline infrastructures. In performing hydraulic analysis based on the specific crude oil being transported and the physical properties and operational metrics of the targeted pipeline, we are providing highly specific economic models of the bottom line benefits AOT can be expected to deliver.

We believe these factors explain why oil producers in many of the world's highest production regions are requesting proposals documenting how AOT can assist in their plans to increase crude oil flow volume and improve their ability to move hydrocarbons to market. Furthermore, as we have now definitively confirmed through commercial pipeline installations and the SCADA (Supervisory Control and Data Acquisition) records we have collected as well as crude oil samples we have analyzed in the Temple laboratory, the value engineered AOT has documented efficacy across the full spectrum of grades of crude oil, from super heavy bitumen to super lightweight and ultralight condensates.

Our ongoing deployment of a customized AOT system on a condensate line and the well-documented efficiencies it is bringing to the movement of ultralight feedstock, a category of crude oil that is currently just under 18% of all U.S. output, is evidence of the versatility of our technology.

From our perspective, two overarching market influencers explain this heightened awareness of AOT and the measurable benefits it can potentially provide. Both of these trends are responsible for redrawing the map of oil and gas markets over the past two years and a third, the increasing focus on reducing emissions in the production and transport of hydrocarbons, holds the promise to deeply affect the oil sector in the coming years.

First, and perhaps most significantly, U.S. and foreign producers have now endured nearly nine quarters of depressed oil prices. Last week's uptick to just over $50, the first time that barrier has been eclipsed since July 2015, may portend a slow return to previous highs which could improve margins and re-ignite E&P activity. However, even a surge to the $60s or $70s would not alter some of the new realities facing the industry. The shakeout and re-alignment that began last year has resulted in a leaner and more efficient industry, a mindset that will persist for the foreseeable future. As a result, we continue to see an increased focus among pipeline operators on lowering Opex and squeezing out higher flow volume and stronger tariff income, all of which make a case for AOT deployment.

Secondly, the bright side of the continuation of OPEC's intransigent production policies has been an intense focus on infrastructure by virtually all members of the consortium. Many of these nations are almost entirely dependent on oil revenue and have been driven to near insolvency due to the global supply glut and downward pressure on prices. In response, member nations Saudi Arabia, Iraq, Iran, and Venezuela, and petro-states such as Colombia, Brazil, and Ecuador have embarked on ambitious and capital-intensive modernization programs, much of this aimed at harnessing efficiency-centric technologies which provide innumerable of opportunities for AOT and Joule Heat.

Throughout the year we have documented how these efforts to expand existing infrastructure and improve delivery to markets may offer a broad range of potential applications for AOT technology. For example, in an Update on AOT Opportunities in the Middle East and South America and an August 15 2016 news release we discussed that we have issued a Letter of Intent to a national oil company in Western Asia and have produced an AOT Case Study for a sole and separate operator in the Middle East based on hydraulic analysis using crude oil samples and pipeline data provided by this prospective customer.

Thirdly, as international markets gear up to develop economically viable alternative and renewable energy sources to supplement fossil fuel, political leadership here and overseas seems poised to resurrect the idea of incentives to reduce CO2 emissions and other forms of greenhouse gas. What's changed in the equation is that some of the talk about carbon tax credits and the ability to buy and sell them on an open market is now coming from within the energy industry. For example, ExxonMobil has been lobbying Washington to develop carbon tax credit legislation and foreign energy giants which include BP Plc, Royal Dutch Shell Plc, Total SA, Statoil ASA, and others, are calling for incentive programs they believe will remove uncertainty from the investment markets and bring order and transparency to the global push to reduce emissions.

Although we have long considered the "clean tech" aspects of our patent-protected industrial hardware worth noting as seen in this August 15 2014 news release, it has yet to prove prudent as a business development strategy in the absence of sufficient and tangible customer benefit. However, should a carbon tax credit incentive pass into law we believe it may offer significant opportunities for QS Energy's technologies. During my tenure as Chief Executive Officer I have had countless discussions about the role our solutions could play in achieving the twin goals of reducing CO2 output and our customers securing financial advantages through research funding and tax credits.

More often than not the topic of carbon credits has been brought up as an ancillary benefit of AOT or Joule Heat by our prospective customers. Even though such incentives were at the time purely speculative, executives at midstream companies, technologists at engineering firms, and elected officials in regulatory and economic development agencies in Utah and Louisiana made clear their interest in investigating this intently. To fully explore carbon tax credit offset benefits AOT and Joule Heat could potentially offer to producers, transporters, and operators of offloading facilities and refineries, QS Energy commissioned a Carbon Markets research paper by Loyola Marymount University. Completed in December 2014, the study documents the emerging markets for the buying and selling of carbon emission allowances or permits ("carbon trading") and the fiscal benefits that may be gained by our customers through U.S. and international tax credits.

It is also worth noting that we have just wrapped up a reengineering of our patented Joule Heat System. As a result of the testing of a new prototype, we are in the process of further refining the performance of this innovative direct heat technology. While our patents remain in force with our intellectual property attorneys Jones Walker LLP, the Company is amending and resubmitting designs and additional patentable engineering characteristics for this energy-efficient upstream heating product.

Now that the value engineering of AOT and Joule Heat are nearing completion, we are reviewing Company-owned technology, patents, and other assets related to ELEKTRA, a clean tech hardware system designed to increase fuel efficiency and improve performance of diesel engines. According to multiple industry and government studies there is potentially a strong and growing demand for technology able to mitigate CO2 and other pollutants produced by the millions of diesel engines in use today in electric plants, marine vessels, and Class I locomotives in the U.S. We will be developing additional ELEKTRA design drawings and engineering schematics for the second quarter of 2017.

As our extensive protocols of controlled loop and commercial pipeline testing has borne out, AOT can be effectively customized for virtually any crude oil viscosity reduction and flow volume improvement application producers or transporters anywhere in the world can envision. An excellent example of this can be seen in a recent request for a modified system required for a high volume offloading facility. In response to this need we are currently developing the AOT XL, a vertically mounted, multi-vessel, modular unit designed for offshore applications.

We thank our shareholders for their loyalty and support, and our industry partners and supply chain suppliers for their collaboration. As noted throughout the year in our previous Shareholder Updates, news releases and SEC filings, we remain steadfast in our belief that AOT and Joule Heat have the potential to optimize the world's massive pipeline infrastructure at a time when operational efficiency, bottom line performance, and competitive advantages are paramount objectives of the industry.